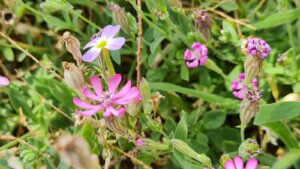 Oh April! What an entrance – bursting in on us in that way with magnificent crashing and flashing in a storm of storms, nothing at all spring-like for those hours. Just wish you’d be more careful. I’d prefer that you not knock out my satellite tv service, such an annoyance really, even if there’s nothing particularly captivating to watch most of the time.

Then you kept us waiting. On the Fool’s Day allowing the sky to rest low, leaving only a view of grey and keeping your great reveal until the second day….and that was well worth the incubation – out came the sun, the sky changed to blue and we could see the fruits of your storm covering the mountains, freshly glistening white again. Just seemed a little out of season to see snow at that time, though it couldn’t last long with the frequent scirocco winds pulling in warm currents from Africa. The snow melting into the sea was probably what made for some extremely cold dips. Yet it’s not possible to complain about any of that, your display of nature at her most exuberant, again set my spirits spinning crazy. 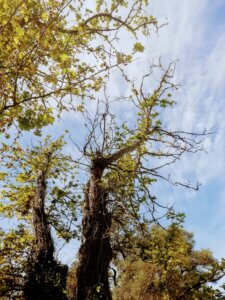 I could easily have volunteered to drive to Hania and back every day of the month, not only once per week. What a spread! What delight – spring sunshine streaming through poppy petals and newly ‘hatched’ delicate leaves. Everywhere, the landscape was ablaze, beyond words….beyond any I can put together. Amazing, April…..simply amazing. While driving past the ever changing spreads in countryside and gardens, I could only feel inadequate and in awe at your flair.
As the weeks passed your charm offensive escalated, giddying were the colourful arrangements and I almost succumbed. You’re a temptress, that’s for sure. Every year it’s the same and every year I resist. How could I do otherwise? How can I say that you’re the best, my favourite? There are 12 of you all offering a variety of gifts and I cannot show favouritism, it would be unfair. Wouldn’t do to make others jealous! But I do take your point that whoever allocated the number of days could have been a tad more generous, that a mere 30 are insufficient. Slicing a few days from the preceding months would probably please many of us, I might be persuaded to do that, if I could…..but then you might throw a few more chilly storms at us and that would not be the point of having a 40 day April. 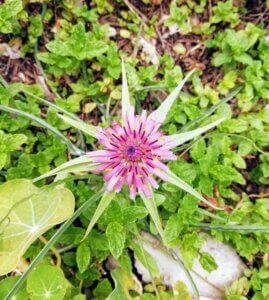 I’d stipulate in our contract that full on spring be provided, no more than 1 little snowy storm and only at the beginning of the month……. How would that be for you April?
And I’d probably ask a little something else from you – that you increase the sea temperature, it was mighty chilly. Unlike later in the year………… as I recall…..gliding through silky smooth water, droplets falling from my fingers with each stroke, catching the sunlight, like diamonds falling back into the sea. Over and over again; so mesmerising, it carries a risk that I glide on haplessly, to disappear into the horizon. That’s totally a summer experience.
Not so inspiring in April, the dripping water appeared more like ice crystals, barely able to leave my white-cold fingers. The deceptive blue sky and sunny afternoons lure me out into the cold sea, it’s become a compulsion now, ensuring that my comfort zone is regularly given a good old shake…..in order to continue releasing a more adventurous aspect!……and remind me that it’s always possible to try something a bit different….my new normal……small stuff though – ain’t ever going to be bungee jumping….. Jeez, the very thought! 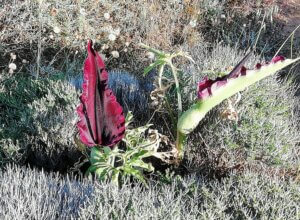 So, dear April, although I cannot grant your wish, you were more than generous all month long then left us with soaring temperatures and a guarantee of celebrating a special weekend in glorious sunshine as we welcomed in May. A fabulous time of May Day, Easter (Greek), Name Day (Giorgos/Giorgia) and birthday for my young man made all the better with the relief of lockdown restrictions lifting, allowing for restaurants/cafes/bars to re-open, outdoor seating only – definitely not a problem given the weather. 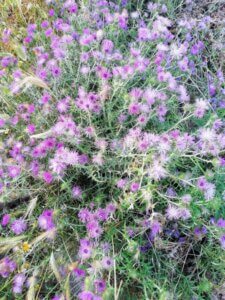 Relief? Understatement……. The vision of people out in throngs, table service, sounds of chatting and laughter…… every bit as therapeutic as a country drive during a Cretan April.