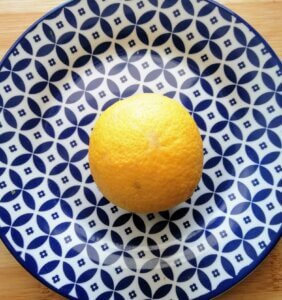 Poor May……
…..How careless of me; I allowed May to slip away without paying an awful lot of attention. It’s easily done though.
The first week passed so very easily; that was the week when we abandoned the well-worn winter jeans and embraced wholeheartedly an early heat-wave, a gift from the gods imploring us to go visit the beaches. And we did, in throngs….perfectly coinciding, as it did, with the relaxation of those covid impositions we’d lived under for 6 months. There’s just no describing the shift in attitude as skin melts into the rays even if it shudders when hitting the still cold sea – a minor disruption to the perfection of those days. The subsequent cooler days, like – horror of horrors – so cool when temperatures drop to the more seasonal numbers of mid 20oC, with a near non-stop west wind couldn’t dampen the lift in spirits around town……I found myself nearly (yes, nearly!) tut tutting and thinking, ‘she’ll catch her death of cold….’ as high summer frocks and short-shorts began to be the dress code of the day, and night – when it really demanded the wearing of at least a cardy, if not a proper jacket, zipped up….and jeans. You may well infer that my own summer frocks were made to wait a while before being released from mothball quarantine…….
Sunshine. Warmth. How it helps, everything – a relaxing of attitudes, a more hopeful state of mind…….
….Unless you happen to be a delicate spring flower languishing in April’s blessing of sun without soaring heat………..previously languishing that is……Oh so sad…. Within a week the tender foliage and display of colours and species was rendered defunct…..destroyed…ravaged….scorched…. It took a mere few days for the unpleasant transformation. My drive time joy marred while I adjusted to a new scheme, noticing the loss and not the new, not how loyal Oleander had leapt into the void, switching on her display of pinks, cerise and creamy whites. Responding immediately to the shift, leaves on trees braced themselves for the coming onslaught, darkening against fiery exposure to an unrelenting sun. Even in May I have to take cover, my admiration to those trees who stand there uncomplaining, while I fumble in my bag for a scarf, hat or t.shirt to protect my head……. 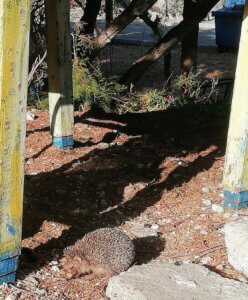 One of those hot days, while going about my business, I kept hearing an unfamiliar squeak, which eventually turned out to be a baby hedgehog, duly rescued and most ably nursed by a visiting family. We were confident after a few days (of the family doing 24/7 care) that baby hedgie was over the worst, plans were made for her forever home to be back in my garden………………….alas, it was not to be………. Later in the month a full size hedgie visited and amused the kittens (others of my rescuing habit) around the feeding table, was it the mother or are there many random hedgies around here that I’m not aware of?? Anyway, just wanted to mention and thank young Olwen, Morgan and parents, for their best efforts with the baby, alongside input from Paws Paleochora – always ready to help. 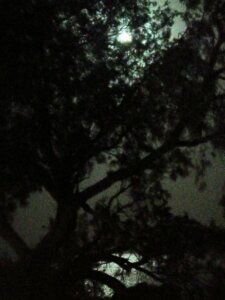 The month continued, bringing as each month does a full moon, this one called (apparently) Flowermoon. Never better to catch sight of a full moon when all is calm, as she rises elegantly over us, dropping starry kisses on the silent black sea. It could not be better. It could not comfort any better than that. All traces of anxiety melt away while she keeks through a tamarisk tree and follows us on the nightly dog walk, enticing me towards a cradle like rock by the shore where I can lay down and surrender to the silence, forgetting for a while any nonsense about life’s changes, disruptions and uncertainties….. On moonless nights, that rock’s the best place to watch the sky and be entertained by shooting stars. Wispy traces of the milky-way begin to be visible during May and will soon rest over us for a while, bringing increased star activity during the summer months……on those dark starry nights what will I wish for??……….

Sometimes there’s no need to wish, a gift just lands unbidden (like a sweet note from a sweet little Greek child) and the day ahead is bright, irrespective of actual weather….which for the most part in May was bright and allowed for the gathering of my lemon harvest…………..1 singular solitary lemon – the sum total of what 3 bushes could muster……. I suspect I’m doing something wrong and certainly do wish I knew the secret to the mysteries of lemon production. However, I am now masterful in achieving greenfly clusters on the Angeliki bushes……among other things most gardeners abhor….. I’ll just have to accept that I still have a way to go…..may well send up a wish, or maybe even just give up, but in the meantime I’ll not dwell (overly) on the matter and distract myself by continuing to take advantage of a warming sea…….where throughout the month, warmer layers increased beyond the point where only the top 5 cm was warm and subsequent layers cooler, until decidedly chilly. Try gliding along the top layer to keep warm!
Another phenomenon I never understand: sections in the sea where giant cubes of spa-like heated water are immersed, oh so lovely to bob about in…..the flip side of that is that leaving the spa shocks the system. Thankfully, as June looms the layers and cubes are less evident as all balances out…..something we prefer life to do – to balance out…… And sometimes it does. Sometimes.
Turns out that I do remember May, remember her well…….bright and sunny…..ahem, apart from a morning of gentle warm rain on the last Sunday of the month, eagerly welcomed by the dusty plant-life yet nowhere near enough to fill a puddle.

Great location, simple, clean accommodation....all you need and next to the best cafe in Paleochora with magnificent sea views...