How remiss of me to not have a few words to say about August. Until now that is. Many of our friend-guests were unable to be with us as planned and initially the diary predicted we’d be tending empty rooms. Luckily, taking up the vacancies throughout the month were new friend-guests – staycationers in their droves. From passing satellites I’m sure a mass exodus was recorded as families & friends made their way to Paleochora; from Hania, Heraklion, Rethymon, Irapetra etc. A very pleasant turn of events, and making their visits more enjoyable was a surprising absence of wind. August is often when we endure as best we can the malicious Meltemi, a violent north wind, not particularly cooling just annoying and destructive. It’s the time bar and restaurant owners can see the day’s profits smashed to the ground as a blast whips up empty, or not quite empty, glasses, leaving them in pieces strewn across the floor. This year, apart from occasional gusts, our glassware and nerves were safe….. It was hot. The sea was hot and much easier for us to swim when not being beaten on by choppy waves. Hot enough to take longer spells snorkelling, marvelling at endless shoals of fishes offering their choreographed displays, there’s so much going on down there – I’m delighted with my new hobby. No idea why it took me so long. 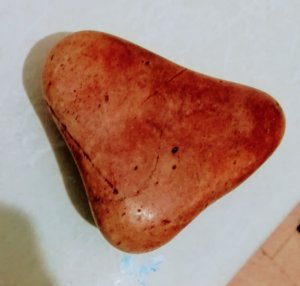 When not in the water (or still working) I’m loading up with vitamin D, the generous sun beaming down on my now not so pasty skin. It’s become my habit to avoid sandy beaches, there’s no way of preventing sand from coming home, sneaking under the sheets and, well…I’m sure you have a ready image of just how grating that is on a body that’s had a few hours in the sun. So, I head off to pebble beaches, even though at one particular spot where the swimming is to my liking the proximity to family groups can be challenging. I have no issue with chatter and squeals and over loud talking on mobiles; what really gets to me are the stones – boulders to a child’s little hand – being bashed against other ‘boulders’. That deep thud on impact, incessant and all permeating, gets under my skin way more than is reasonable. Afternoon naps are less easy with all of that going on. But, being the brave soul that I am, I keep on keeping on….by heading out to sea for another swim after all silent pleas for a miraculous intervention remain unanswered. During the swim I pledge to find the inner strength to graciously accept the racket. It works sometimes, so when I get back to the sun-bed I drift off. Other times it takes for the little darlings to have their hands filled by a gigantic ice-cream. That’s when the parents reach the point I’d been at much earlier, and when an afternoon nap can be mine – essential for the full conversion of vit D into the body……. apparently.

In truth, it’s an unrequited love affair that draws me to the beach where I tolerate the clacketty clack of stone thumping. Such a fascination I hold for those pebbles rendered smooth through millennia of turmoil and tumbling. The beach is full of them. I crave to create projects at home while concurrently respecting their preference for remaining in their natural habitat. Some days I avert my eyes and don’t look down, resisting impulses to fill the beach bag…….and – yes – occasionally I do indulge. In my defence, I ensure the captured beauties are kept in the best of conditions, maybe a special position in the garden, or painted for the café….is that not better than being bashed about by reckless kids?? At Methexis Beach, the pebbles aren’t so smooth yet many ideas come to mind, not to fruition so far….. seems like my day job (rooms keep filling and cakes need baking…) will keep me busy enough for a while yet. When I’m being super wise I forget about the stones and fill my hands with a large ice-cream cone…..
And that’s August finally getting a mention, my apologies to the month that gave us delightful weather & grateful new guest-friends……as well as news that mask wearing indoors and outdoors was necessary and that all cafes, bars, restaurants would close at the stroke of midnight. The first Saturday night this happened the town was chocka-block full. From my balcony it looked as if the final whistle had been blown at an important football match – everyone resigned to the new regime and heading towards the parked cars or hotel rooms along our way.
By the end of the month my garden and many trees en route to Hania were strained with late summer weariness – all springtime enthusiasm well gone, hints of approaching autumn showing. Not so with any reduction in temperatures but the setting sun cast a deeper fiery glow on the mountains and the days became perceptively shorter. Overall a very fine August, so much better without the usual days of constant gusts!